Bhubaneswar: The capital city of Odisha is witnessing a plethora of events on the sidelines of the men’s FIH Hockey World Cup and its residents are spoiled for choice. The 2nd edition of .FEST has started and with it simultaneous programs that enhance the festive mood of citizens and tourists in the middle of the hockey carnival.

Where are you going?

The road between Housing Board Square and Ram Mandir has come to life as Bhubaneswar hosts the second edition of the festival at Idco Exhibition Ground.

.FEST was created in which F stands for FOOD – a common factor that connects all walks of life.

E stands for entertainment – in the OTT era, the excitement of live performance and the adrenaline rush of witnessing some hometown maestros is not an everyday phenomenon in tier-2 cities like Bhubaneswar.

S stands for stories – Bhubaneswar Festival of Storytelling (BhuFesSto) is specially curated for children and the elderly to keep alive the great saga of storytelling.

Finally, T stands for trails – under the brand name of Ekamra walks – where the festival becomes a real town festival, showcasing the magnificent assets that Bhubaneswar has kept for centuries.

The event, which started on January 15, will be held every day until January 24 from 7 p.m. to 10 p.m. The first day featured performances by singer Guru Randhawa, actress Disha Patani and K-pop band Blackswan with Odisha’s Shreya Lenka.

The International Food Festival also started on Sunday at the fairgrounds. There are 35 stalls, including six international stalls where people can find culinary delights from 16 different countries and 24 states. 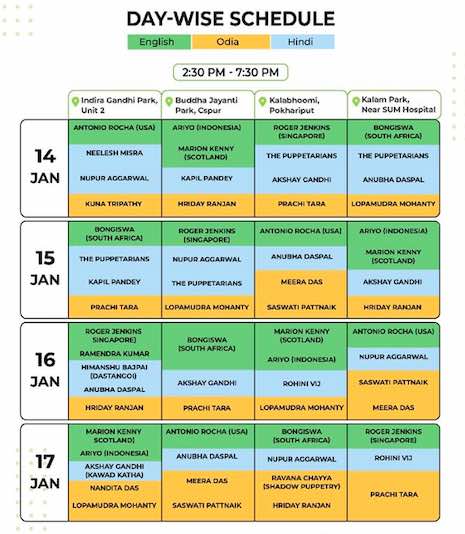 The City Trails of .FEST started on January 14 with the aim of promoting tourism by introducing participants to the culture of the city, which will continue until February 12. To reserve tickets, visit www.ekamrawalks.com

It consists of 3 different trail groups –

Food Trails: It takes the visitors on a delicious journey of Odia cuisine which includes Dahibara, Odia thali, prasad of various temples, Pitha, Chenna Jilli and tiffins among others.

Nature Trails: Allows them to witness the bounty of nature in the city such as Ekamravana, jungle safari in Bharatpur, Deras and Medicinal Park.

Museum Trails: It takes the participants to visit the Tribal Museum and the State Museum of Bhubaneswar. 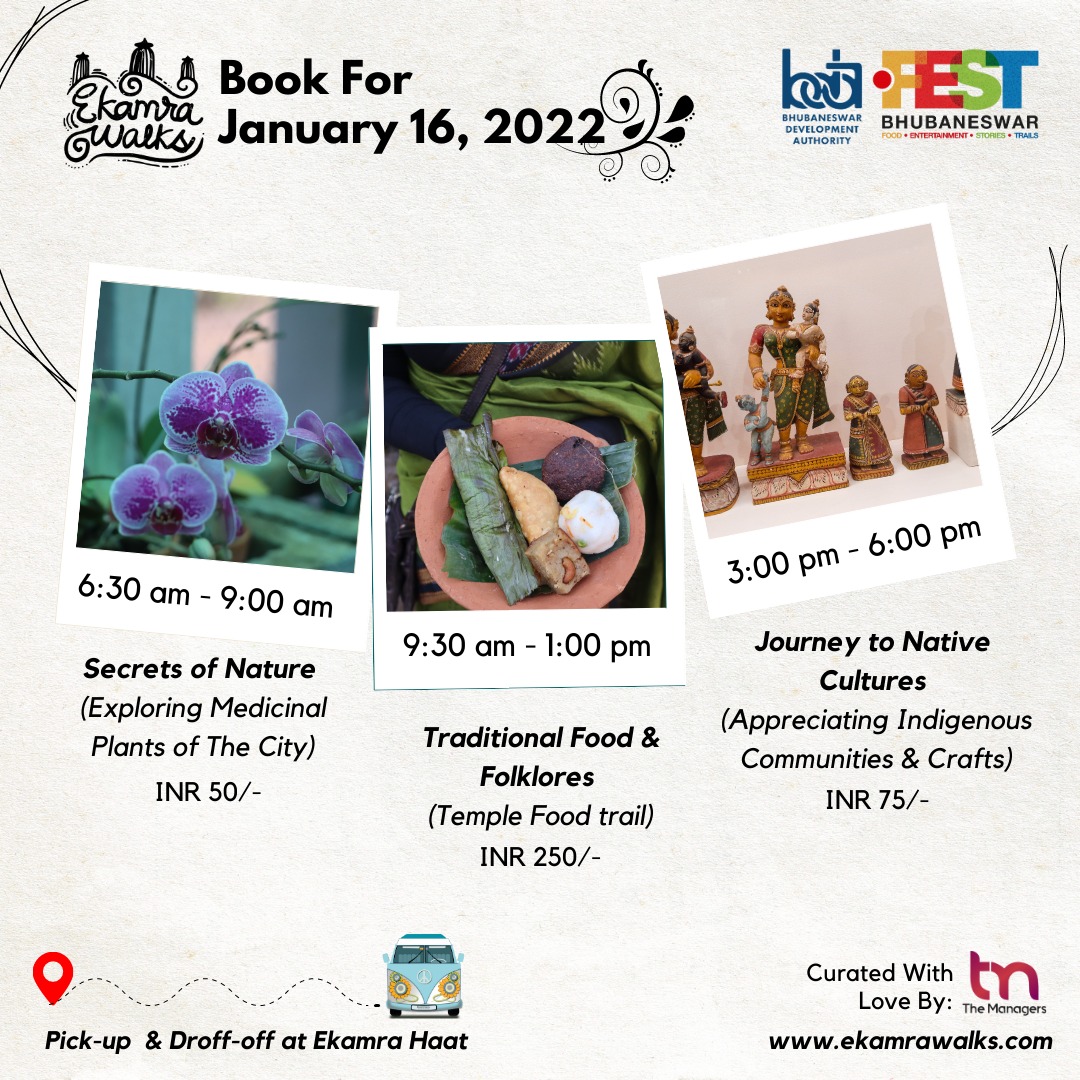 The nationwide fair ‘Sisir Saras 2023’ will be held at Baramunda Field in Bhubaneswar and will run until January 29. People can visit the fair every day from 11am to 9pm. A total of 350 stalls have been set up this year by more than 600 rural producers from all over the country.

A hockey pavilion has been set up for the children. Theme stall with livelihood products DDU-GKY theme stall. singers and dancersCompetition for customers and studentsLive broadcastHockey Men’s World CupSpecial food courtSelfie point

Organized by the Department of Culture in collaboration with Odisha Sangeet Natak Akademi, the festival takes place between 6:00 PM and 8:30 PM. 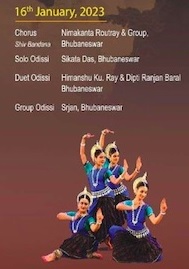 Only those who have booked their tickets can visit the entertainment zones in Bhubaneswar on the days when matches are played. Admission is free on non-match days.

There is a food festival, various entertainment programs and immersive light rides in Olly’s land.

It is pertinent to mention here that the 2023 two-day annual flower show was held at the Botanical Garden of Regional Plant Resource Center (RPRC) in Bhubaneswar on January 14-15, where a total of 15 companies and thirty nurseries exhibited the ornamental plants through planting bazaars.

In addition, a live performance by the music director-composer duo Vishal Dadlani and Shekhar Ravjiani was held at the Xavier Institute of Management (XIM), Bhubaneswar on 15 January. It was the second time that the duo set the ‘Xpressions’ stage on fire with their sparkling performance. They had last performed here in 2015. Meanwhile, the students witnessed the musical evening with Olly Esse and DJ Zephyrton at Sunburn Campus on January 14. XIM also hosted a laugh riot with stand-up comedian Karunesh Talwar on January 13.

Bride broke all boundaries of daring at her own wedding, lap dance for guests wearing a backless dress – watch video